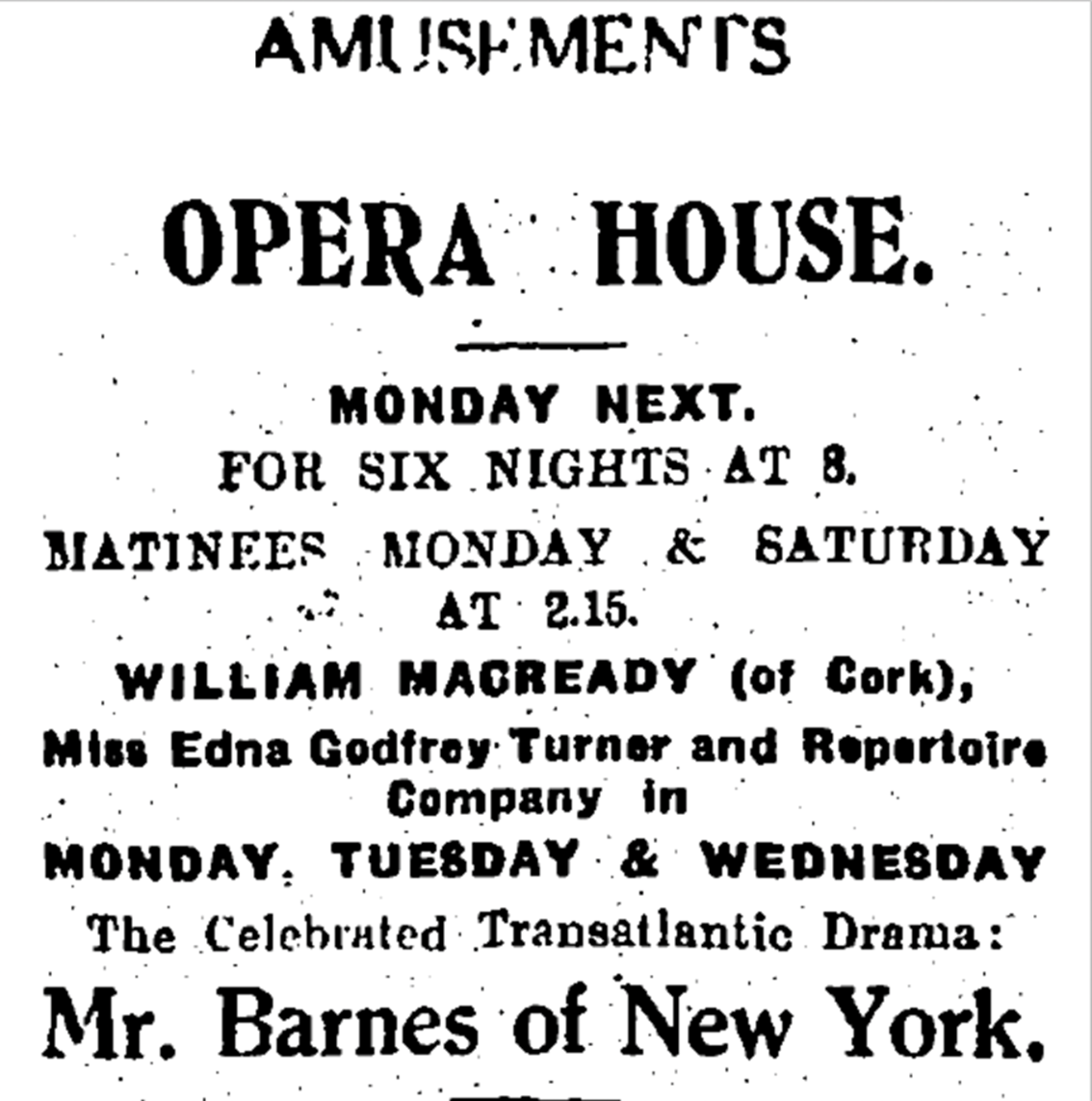 A very hearty greeting awaited Mr. William Macready at the Cork Opera House yesterday, when he presented to his fellow citizens for the first time the play with the above-named title. The clever and popular Cork actor could hardly have selected a play better calculated to prove the worth of himself and his company….On the conclusion of the second act of the play Mr. Macready came before the curtain and, having thanked the audience in graceful terms for their very cordial reception of his self and company, asked their indulgence for the lady playing the little Charteris girl and the gentleman playing “Danello,” because there were playing the parts at short notice.

Mr. Macready explained that owing to a lying report in one of the London papers that Cork was isolated, food short, and life unsafe the persons engaged to play the parts mentioned had declined to join him and had returned their parts.

Anti-Treaty forces lose possession of Fermoy, Co. Cork (35 km north-east of Cork City) as the last town they held in County Cork, its capture precipitated a move back to guerrilla tactics for the IRA.

Between six and seven o’clock last evening there was great excitement around MacCurtain St., Bridge St., and Patrick’s hill.

About 6:30 a detached few of the National troops were fired on at the end of Summerhill (north)…At once the attempt at sniping was opened, the National troops placed themselves in positions, and returned the fire…The volley of shots had the effect of holding up all pedestrian traffic, and crowds were soon together at the west side of St. Patrick’s Bridge street, MacCurtain street. The tram services about passing to Blackpool, Summerhill and Tivoli were suspended for a time.