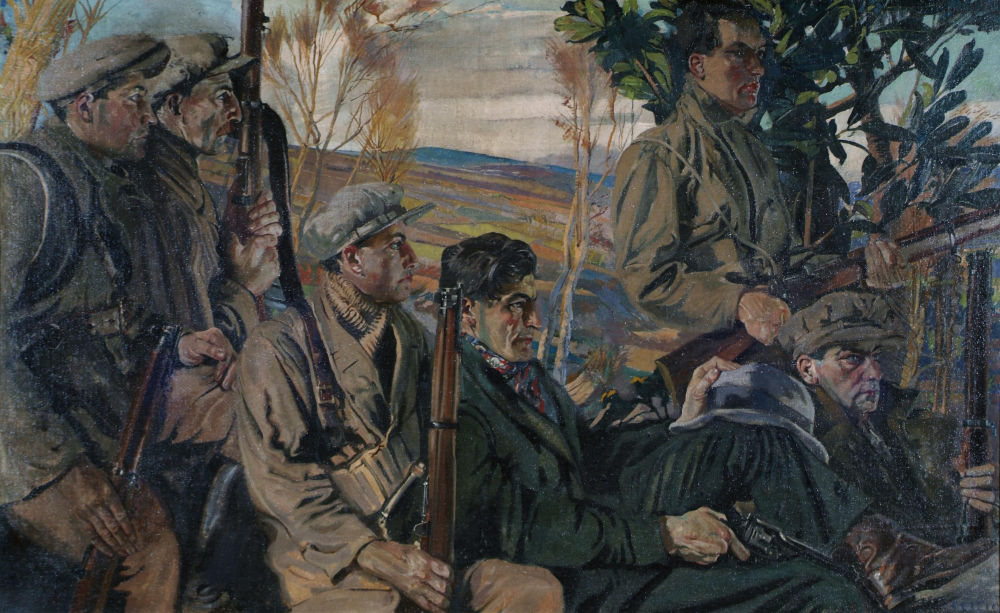 An appeal to Cork

During the week Mr. Daniel Corkery referred in the Press to one of the pictures in the R.H.A. Exhibition at Dublin (“ Men of the South ” by John [Seán] Keating ), and suggested that an effort be made by the [Cork] Corporation and County Council of Cork to secure this “monument to the boys”. “Better’, he says “they cannot erect at six times the price, and it is only £250”. I fear his is a vain appeal, £250 for a picture is not a proposition likely to be accepted at the present juncture, when purse strings are being pulled tighter by the public bodies and a needy population is clamouring for work and bread. But the note struck by Mr. Corkery should – and I hope will – find a responsive echo among us.

True, there are too many calls on private benefactors, and there is much “feeling” which tends to discourage spontaneous public support of Art; but a certain amount of municipal pride yet remains, and could, I am sure, be sufficiently enlisted to secure this historical monument for the Southern capital – its natural home. Should our public bodies fail to respond, an appeal to private citizens and social centres may bring forth the means for preserving to future Cork generations this memorial of a time that will long be spoken of with pride in the streets of our city and the homes of our people.