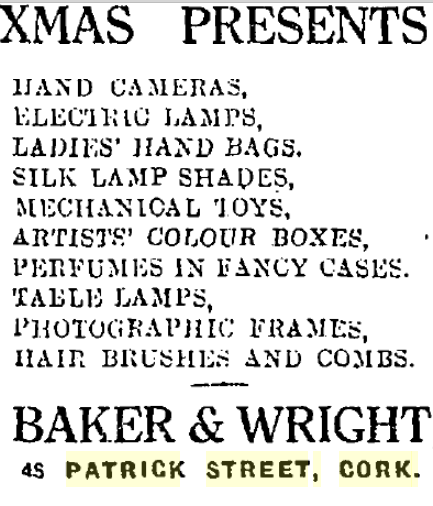 The evacuation of British Troops from Ireland begins

“Probably the most significant piece of news of today is neither the proceedings in the Dail [the continuing debate regarding the ratification of the Anglo-Irish Treaty ] nor those in the British House of Commons, but the fact that the movement for the evacuation of British troops from Ireland has begun. It is only the preliminary movement, it is true, but it is real…There is no other fact that could testify to the reality of the Peace Treaty as strikingly as the evacuation of the British forces. It is the first time since Strongbow landed that such a process has been even contemplated. Of course, it depends on what happens in the Dail, whether the process continues and is completed, but Ireland has the issue in her own hands”.

Dublin, Wednesday Night-Members of the Dail, who have made it their business to count heads state to-night that the division of opinion is exactly equal.

All the gains during the past two days have been for the anti-ratificationist groups. I say “groups” advisedly, because there are not at least three distinctly recognised bodies of opinion, vis: (1) In favour of ratification; (2) in favour of Mr. De Valera’s document solution; (3) in favour of the Republic, both in name and fact.

Groups 2 and 3 coalesce against the Treaty, but in group 3 there may be some abstentions. One factor that makes it impossible to say until the very last moment how things will go is the undoubted existence of a certain number of members who will vote against the Treaty is they are sure that the Treaty will be carried. They want the glory of the opposition without the consequences” Hugh Martin, Special Correspondent of the Daily News

Christmas in the Shops

The shops, for several days past, have assumed a Christmas-like appearances and offer a charming variety of articles and commodities that please the eye and invite the purchasing public to conform to the traditions of Yule-tide.

Not withstanding the destruction last year of many of the many of the largest business houses in the City of Cork , a highly creditable display is being made in the temporary premises that have been erected, while the business houses that escaped destruction vie with each other in showing miscellaneous goods and articles that feast the eye. What we desire particularly to emphasise is that the display of Irish manufactured commodities and Irish produce generally exceeds all previous efforts, and it probably is the fact that never before—not only in Cork, but in every city, town and village in Ireland – have Irish products been offered to the public in such abundance, such variety, and of such excellence of quality’.